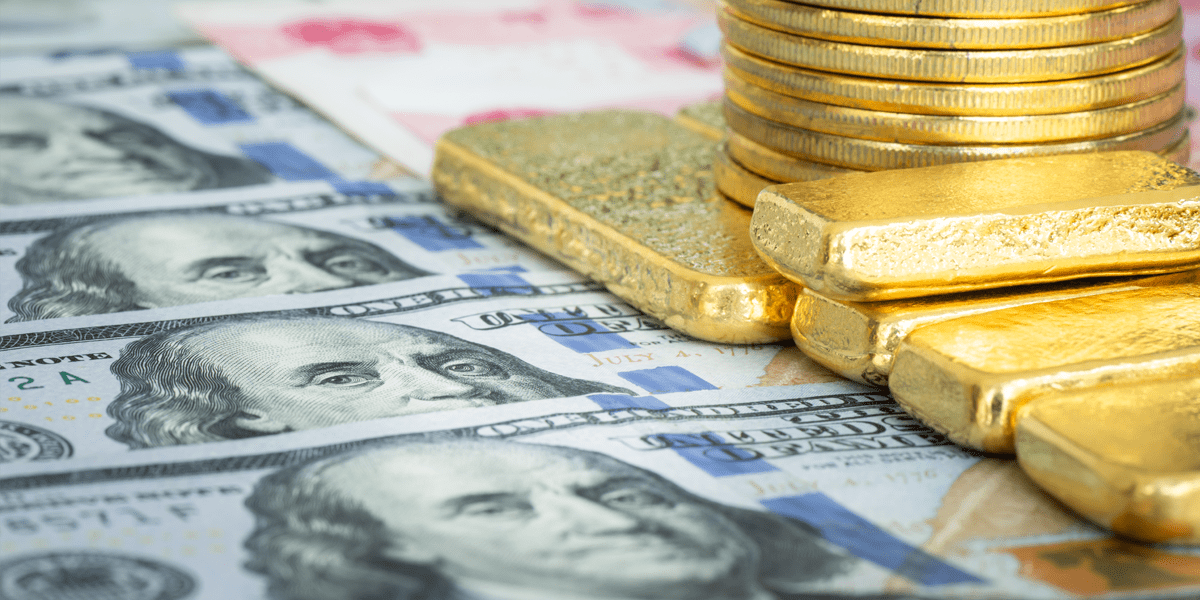 Will it be gold or U.S. dollar at new record highs in 2022? 'I'm bullish on gold,' says NDR's chief global investment strategist.

The negative correlation of gold and the US dollar is well recognised. Will 2022, however, be the year of gold or the dollar? Tim Hayes, the chief global investment strategist at Ned Davis Research (NDR), weighs in.

With the Federal Reserve looking at a more aggressive tapering schedule next year and potentially two rate hikes, the U.S. dollar index has been holding up quite well at the 96 level, which has been weighing on gold.

Will the inflation narrative, however, alter the outlook for gold in the next year?

"The dollar hit a new high after the COVID-19 crisis in March. And if I had to choose between gold and the dollar in terms of which is more likely to hit a new high, I'd go with gold. I'm now neutral on the dollar, which means I expect it to remain within its current trading range. However, I am a gold bull "In an interview with Kitco News, Hayes stated.

In contrast to the US dollar, gold has a strong setup for next year and might hit new all-time highs after consolidating since its record highs in August 2020, according to Hayes. "As long as this situation persists, gold is likely to reach new highs. And that means that the US dollar is about as good as it gets "he stated

Furthermore, in 2022, the US dollar will face increased competition from the euro. While the euro area economy rebounds from the current COVID-19 variation, the European Central Bank (ECB) is likely to remain supportive. "In the dollar index, the euro has the most weight, and Europe is in a better position." "The euro may begin to rise versus the dollar," Hayes predicted.

The sentiment analysis of the US dollar and gold both hint to gold's potential for increased performance.

"When you look at mood extremes, you usually get excessive optimism on gold and excessive pessimism on the dollar." This is when a gold correction and a dollar gain are more likely.

Recently, though, it has been the polar opposite. Gold has seen a lot of pessimism, while the dollar has seen a lot of confidence. This signals that trade is reaching the end of its tether and is about to correct," Hayes explained.

As the rest of the globe rebounds relative to the US and the Fed becomes more consistent in its tapering policy, NDR's senior global investment strategist expects the dollar to fall.

The overall trend for gold will be in its favour next year, with investors seeing higher long-term lows.

"In gold, the trend has been to make higher lows. And if global inflation starts to pick up and becomes more persistent, gold may be able to support a longer-term rise upward "Hayes clarified. "Since hitting fresh record highs in August 2020, gold has been consolidating. And, since 2018, the lows have been higher lows. This indicates an upward tendency."

Negative real rates, according to Hayes, will continue to boost gold even after the Fed completes its tapering and raises rates again next year.

One of the challenges holding gold back this year has been a stronger US currency in the face of rate hikes. "We must be open to the possibility that inflation will not fall as swiftly as expected. Inflation is just temporary, but due to shortages, it will last longer. Negative real interest rates, inflation expectations, gold's rise, and a weaker US dollar will be the primary drivers for gold next year "Hayes explained.

Increased volatility in the US equity market is something to keep an eye on as the Fed begins to hike rates. This is already being seen by investors, he noted.

"The market has had a 5% drop so far this year. Next year, we could be in for a greater correction. Volatility is something we haven't seen in a long time "Hayes explained. "It does not, however, have to be a miserable year. Stocks are preferable to bonds in my opinion. In a rising rate environment, you might want to keep a little more cash on hand. Gold will continue to rise in value."