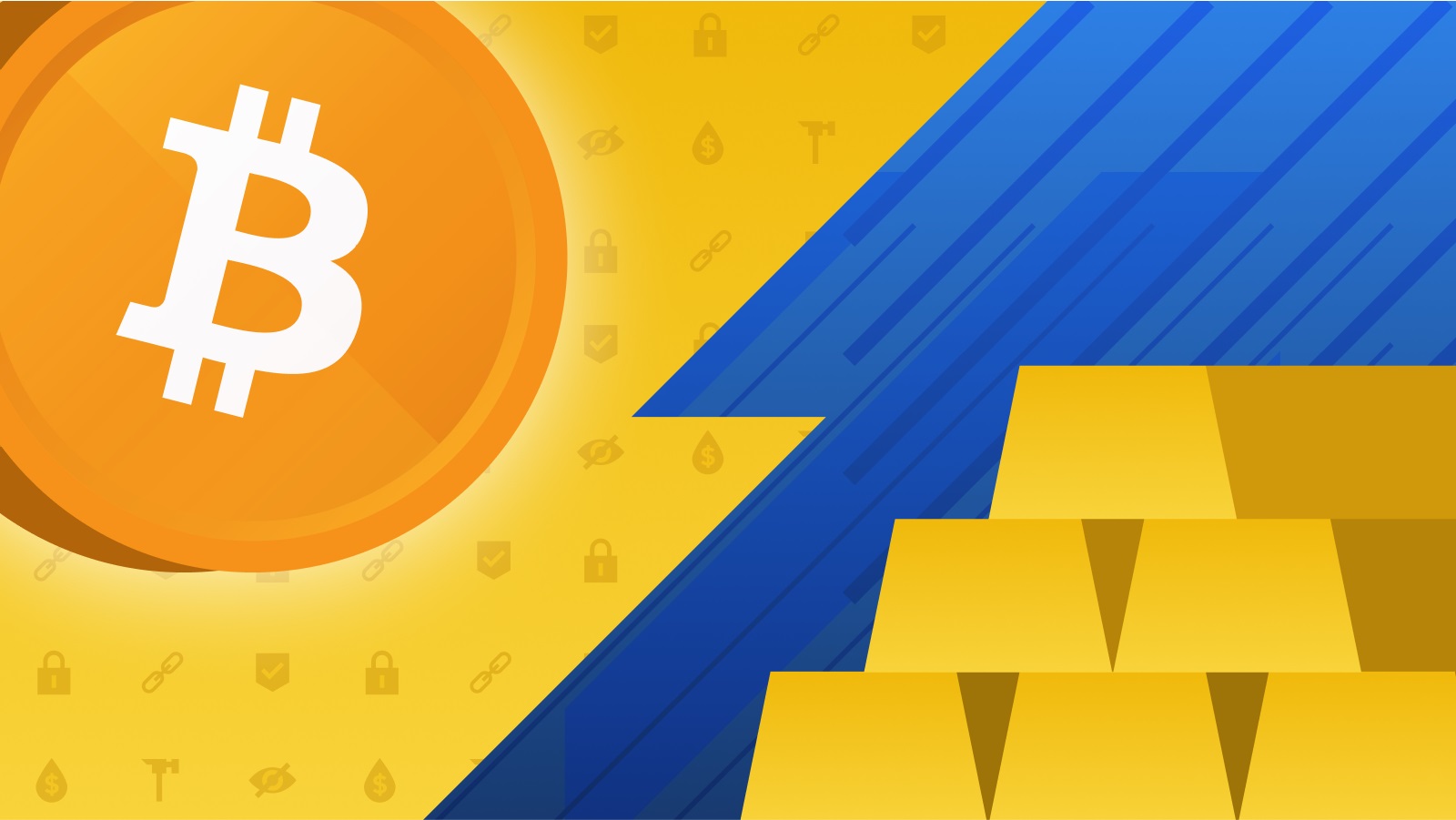 Which is more valuable, bitcoin or gold? Which is the future of investments?

Has gold lost its shine? The last 20 years would certainly show gold as an asset that’s just grown over time but 2021 is a different story. Gold is down by 9% while other classes including real estate, equities and the dollar have risen. What’s surprising is that the dollar value generally moves in tandem with precious metals, but even the greenback has grown by 3% this year.

During a recession, the typical course of action would be to use gold as a hedge against stock market volatility. However, a newer approach is challenging this tried-and-true safe haven strategy, which has proven to be effective in previous instances. Bitcoin, which was introduced in 2009, marked the beginning of a new era in the history of digital currencies. With many exchanges like CoinSwitch Kuber simplifying crypto, Bitcoin has gained tremendous traction among retail investors.

As the dominant cryptocurrency, bitcoin possesses many of the characteristics of a general currency, as well as some distinct characteristics that may make it a viable shelter. However, it is up to the individual investor to decide if bitcoin is an appropriate safe haven during times of market turmoil.

With gold moving sideways and cryptocurrencies seeing a massive resurgence over the last two years, we’re drawing a case to understand which one’s the better investment - gold or bitcoin?

Gold has been present for thousands of years as a safe and reliable asset. A key reason why people respect gold is that it is a reliable source of protection that has stood the test of time, whereas Bitcoin has not been around during a big financial crisis such as the Great Depression (even though it was created specifically to avoid such a crisis).

Central banks, significant government organisations, pension funds, and astute wealth management offices have always had a portion of their assets invested in gold.

Even though gold prices have fluctuated in the short term, much like the stock market, the precious metal's value has stayed relatively steady over time. In light of the fact that we are living in a period of high market volatility, it may be prudent to invest a part of your portfolio in gold.

Gold prices can rise as a result of inflation, making it a good inflation hedging investment. When prices rise, the worth of fiat currencies declines, but the value of gold normally increases too. With that being said, however, Bitcoin is slowly growing as an asset with incredible potential for both short- and long-term investing.

India, which is one of the largest investors in gold worldwide, has also seen a massive boost to its bitcoin industry. Thanks to crypto exchanges like CoinSwitch Kuber and the likes, more people are investing digitally in cryptocurrency like Bitcoin, right from the comfort of their homes. This begs the question - Is cryptocurrency really the future of investments?

Bitcoin is the most valuable cryptocurrency in the world, measured by market capitalization.

Unlike the stock market, which is only open for trade through the week from 9:30 a.m. to 4:00 p.m. EST, the cryptocurrency exchanges are open 24 hours a day, seven days a week, allowing traders to exchange Bitcoin and other digital products or assets around the clock.

Another important characteristic of Bitcoin is that it has a finite supply, which means that there will only ever be a total of 21 million Bitcoins in circulation at any given time. That means, if your bet on Bitcoin turns out to be positive, it will only increase in value with time.

Bitcoin is similar to gold in that it is not issued by a central banking system or a federal government. Bitcoin is a decentralized cryptocurrency that is produced by the collective computational power of "miners," individuals and groups of people who work to verify transactions that take place on the Bitcoin network, and are then compensated with bitcoins in exchange for their time, computing power, and effort.

In order to prevent the market from being oversaturated, the Bitcoin protocol specifies that these awards be halved on a regular basis, guaranteeing that the final bitcoin will not be awarded until approximately the year 2140. Now, if you’re looking to invest, here are some pointers to help your decision making:

Gold will always hold its value for many years and will increase with time. If you’re looking for a comparison between the two, here are a few for starters:

Transparency: The ancient trade, weighing, and tracking systems are flawless. It's difficult to steal, counterfeit, or otherwise taint the metal. Bitcoin's encrypted, decentralized system and complex algorithms make it tough to manipulate, making it one of the most secure systems being developed for the future.

Rarity: Gold and bitcoin are both rare. So, by 2140, all 21 million Bitcoin will be in circulation thanks to the mining reward halving. While we know there are only 21 million bitcoins, we don't know when all the gold will be mined. Some firms are investigating mining gold from asteroids in the future.

Baseline value: Gold has long been utilised for a variety of purposes, from jewellery to dentistry, electronics, and more. Aside from refocusing attention on blockchain technology, bitcoin has significant intrinsic value.

Millions of individuals lack banking services and basic financial services like credit. These people can transmit money around the world for free with bitcoin. Bitcoin's actual potential as a non-banking alternative has yet to be fully realised.

Flow: A fairly liquid market exists for both gold and Bitcoin.

ROI: Gold, however, has not seen much growth this year. If you had invested Rs. 10,000 in each on Jan 1st 2021, your Bitcoin investment would have returned approx. Rs. 39,000 today! (Source)The same investment in gold would have remained largely unchanged.

Which one is a better investment for 2021?

Ultimately, the question boils down to - what should I invest in 2021? Gold or Bitcoin? Let’s help you figure that out:

Bitcoin gained a massive market cap of $1 trillion in early 2021. However, the market crashed and most of the gains got washed out around May. It still managed to rally itself and is now valued at ~Rs. 34 Lakh/1 Bitcoin, a big raise from its January price of Rs.21.38 Lakh.

If we go with this data, then 2021 looks like it is the year of Bitcoin. Despite a market crash in May 2021, it rallied to stabilize at a respectable rate this year.

With these pointers in mind, you can make a smart decision and invest in Bitcoin if you’ve not started already. It holds a face when compared to gold, and with emerging trends, bitcoin and other cryptos are just going to continue growing with time, even if the volatility factor is high.

Also, the availability of apps and crypto exchanges such as CoinSwitch Kuber makes it all the easier to go forth and make investments a simple process, making bitcoin an asset that you should consider.