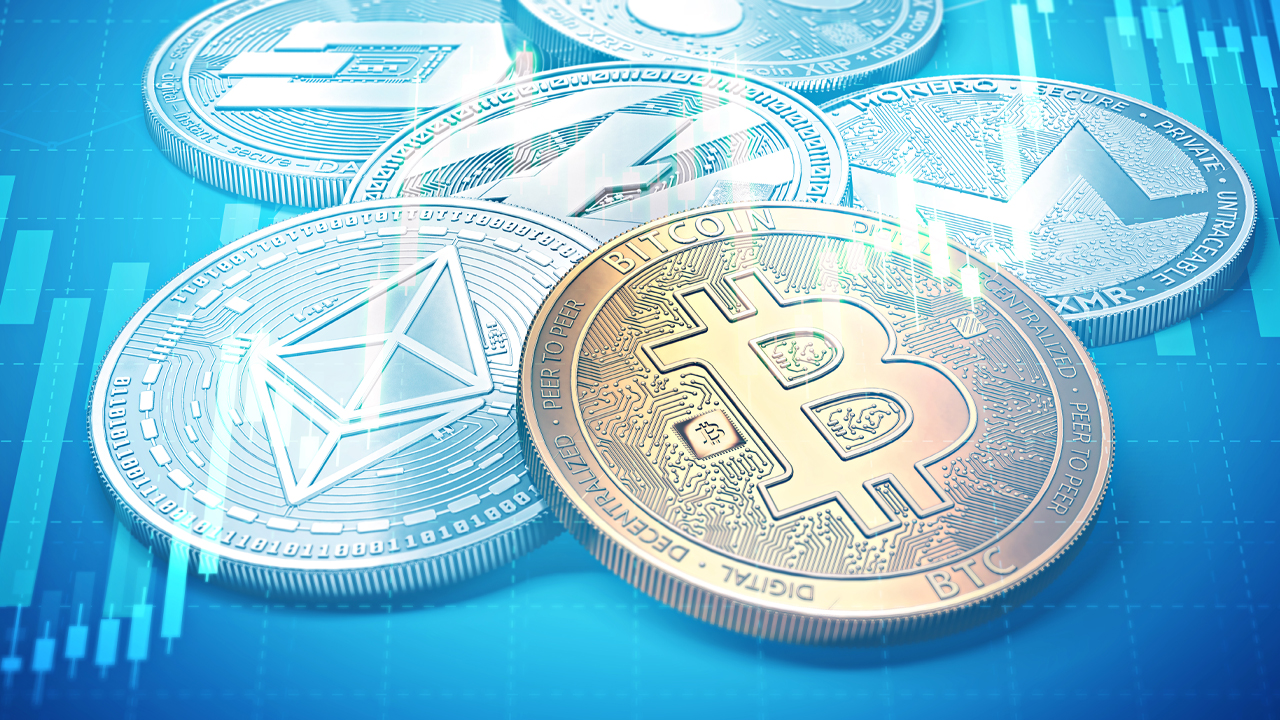 Digital currencies had a phenomenal year in 2021, with the crypto economy surpassing a couple of trillion dollars in value. Bitcoin has increased in value by more than 90% in the last year, while ethereum has increased by more than 540 percent. While those increases are commendable, several digital assets have surpassed those 12-month gains by a wide margin, as a few crypto assets have risen dramatically against the US dollar and other fiat currencies.

The crypto economy is worth $2.5 trillion at the time of writing, thanks to a surge in the value of many tokens in fiat currency this year. Many of the major crypto assets witnessed significant gains, but a number of tokens have surpassed the 12-month gains seen by bitcoin and ethereum. The following is a list of the top 10 cryptocurrency asset gains over the last 12 months.

According to statistics, the token gala (GALA) on the blockchain gaming platform has surged by 212,036 percent this year. In terms of its 24-hour range, GALA is trading for $0.507 per unit to $0.547 on December 27. On Monday, Gala had a market value of roughly $4 billion and a global trade volume of $774 million.

The axie infinite (AXS) token on the blockchain gaming platform has surged by 18,957 percent in the last year. AXS has a market capitalization of roughly $7.48 billion at the time of writing, and today's AXS transaction volume is $238 million. The 24-hour price range for AXS on Monday was between $106 and $111 per token.

CVNT is a native token for a decentralised storage network and layer 2 (L2) technology of the next generation. CVNT has gained 66.9% in the last two weeks, and 24-hour range measurements show CVNT has been trading for $1.23 to $1.31 per unit. CVNT has a market valuation of $21.6 million with a 24-hour global trade volume of $32,379 dollars. CVNT has gained 18,572 percent in value against the US dollar this year.

Terra Protocol, a smart contract platform, and its native digital asset LUNA have soared in value by 17,589 percent in the last 12 months. LUNA has a market value of $34.9 billion and a global trade volume of $2.5 billion. LUNA's 24-hour range has been between $96 and $103 per unit today, putting it in ninth place in terms of market capitalization.

Since the beginning of the year, the metaverse token SAND has risen 17,497 percent, and the crypto asset now has a market valuation of roughly $6.1 billion. On Monday, the 24-hour price range for SAND was $6.53 to $6.81 per SAND. Today's 24-hour trade volume for the metaverse coin is just over $1 billion.

The native digital asset OMI of the distributed ledger technology platform Ecomi has increased by 16,247 percent in the last 12 months. The cryptocurrency has a market capitalization of $1.6 billion and a global trade volume of $3.8 million. OMI has been trading for $0.00637985 to $0.00671183 per unit during the last 24 hours, according to price range metrics.

The native asset SOL of the smart contract platform Solana increased by 15,217 percent in 2021. SOL is now placed fifth in terms of market capitalization among the 12,000+ crypto assets that exist today. SOL has a market capitalization of $62.9 million and a global trade volume of $1.5 billion. SOL has been trading hands for $196 to $204 per coin during the last day.

MATIC, a digital asset on the Polygon blockchain network, has surged by 14,352 percent this year. On Monday, MATIC had a market capitalization of roughly $19.3 billion and a 24-hour trade volume of $1.6 billion. MATIC's fiat value has climbed 33.9 percent in the previous two weeks, with 24-hour range measurements showing it trading for $2.78 to $2.92 per coin.

Flux (FLUX) is a digital currency that has increased in value by 11,018 percent in the last year, with a market cap of $526 million. On Monday, Flux was trading between $2.32 to $2.50 per unit, with a global trade volume of $39.4 million. Flux has gained 29.1 percent in value versus the US dollar in the last two weeks.