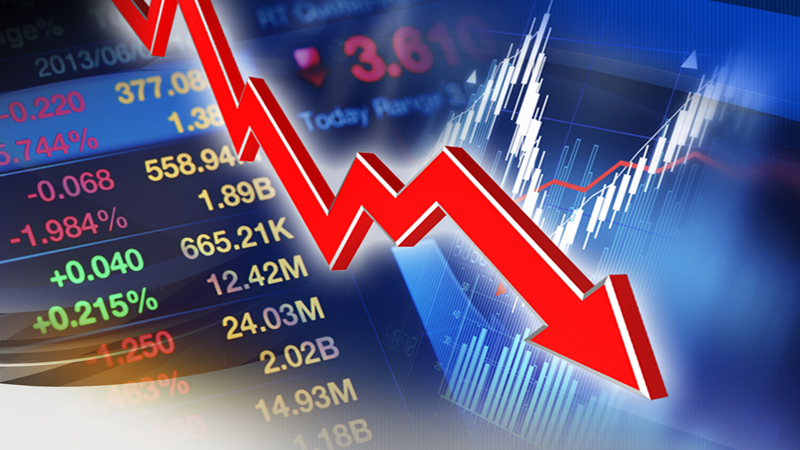 The Dow is down 320 points to start the week, while the Nasdaq is down 2% after a tech sell-off.

Investors continued their rotation out of technology stocks as bond yields increased, causing the major averages to fall sharply to start the week.

As investors focused on bond yields, large tech stocks such as Apple, Nvidia, Amazon, and Microsoft fell. High-valued tech equities were hit hard by a rate hike at the end of September. The yield on the 10-year Treasury note was slightly higher on Monday, hovering around 1.48 percent. Investors are anxious about inflationary pressures and tighter monetary policy, so the 10-year Treasury yield hit 1.56 percent last week, its highest level since June.

Facebook's stock dropped 4.9 percent after a whistleblower revealed her identity on Sunday and accused the company of "betrayal of democracy."

“The financial markets are adjusting leadership to reflect another Covid-induced reopening cycle,” Jim Paulsen, chief investment strategist at Leuthold Group, said. “In other words, commodities are rising, bond yields are rising, cyclical sectors and small-cap stocks are outperforming, and technology and growth companies are failing in general.”

Tesla's stock jumped 0.8 percent after the firm said this weekend that it delivered 241,300 electric vehicles in the third quarter, well exceeding analysts' expectations.

Merck's stock rose 2.1 percent on Monday, following an 8 percent gain on Friday, after the company announced that its oral antiviral treatment for Covid-19, developed in collaboration with Ridgeback Biotherapeutics, reduced the risk of hospitalisation or death in patients with mild or moderate cases by half.

Southwest jumped 1.3 percent after Barclays upgraded it to overweight from equal weight. The North American Airlines sector was upgraded from neutral to positive by the same analyst.

“At these extremely high valuations, stock prices are extremely sensitive to small changes in incremental capital flows, and it appears that there is some ‘performance chasing' going on as the energy space attracts capital that is trying to make it look like they have exposure to oil & gas (window dressing), which means less money flowing into tech,” said Mark Yusko, Morgan Creek Capital Management.

The first trading day of October and the final quarter of 2021 was Friday. The major averages increased that day, helped by positive results for Merck's Covid-19 oral medication, which supported stocks linked to the economic recovery.

Fears of inflation, Federal Reserve tapering, and rising interest rates hampered the market's recovery in September. The S&amp;P 500 lost 4.8 percent for the month, snapping a seven-month winning streak. The Dow Jones Industrial Average and the Nasdaq Composite Index both dropped 4.3 percent and 5.3 percent, respectively, in their worst months of the year.

“On-again, off-again nervousness about Federal monetary policy, supply chain disruption, and the potential for higher taxes (along with other concerns like inflation risk and higher taxes) have kept market enthusiasm in check,” wrote John Stoltzfus, chief investment strategist at Oppenheimer Asset Management, in a note on Monday. “However, on any given day, rotation and rebalancing efforts, as well as some profit taking by sceptics, bears, and fearful investors, account for a major portion of market activity.”

“Intriguingly, investor concerns regarding COVID-19 and its version appear to have started to play a lesser day-to-day ‘worry role' in the markets recently than they did over the summer,” he added.

The fourth quarter is usually a strong time for stocks, but concerns about central bank tightening, the debt ceiling, Chinese developer Evergrande, and Covid-19 may keep investors on the sidelines. More than half of all S&amp;P 500 equities are down at least 10% heading into the fourth quarter.

The S&amp;P 500 has gained 3.9 percent on average in the fourth quarter and has risen four out of every five years since World War II, according to CFRA.