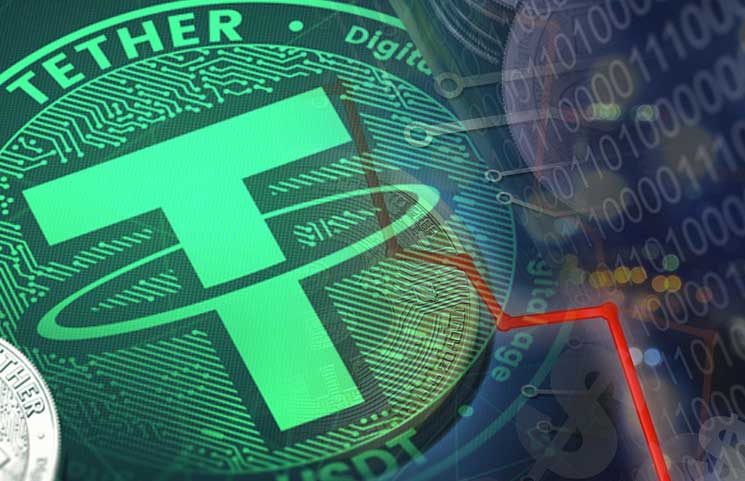 Tether and Bitfinex, a cryptocurrency exchange, will pay $42 million in fines for violating norms.

Tether, a cryptocurrency, and Bitfinex, a cryptocurrency exchange, will pay $42.5 million to settle civil charges brought by the US Commodity Futures Trading Commission (CFTC) for allegedly making false statements and transacting illegally.

The CFTC said in a statement on Friday that firms doing business as Tether agreed to pay $41 million to settle charges that they made false representations regarding Tether's cryptocurrency stablecoin.

Tether made misleading or false statements about whether it had enough US dollar reserves to completely back up its US dollar tether token at various times between June 2016 and late February 2019, according to the regulator.

In a separate ruling, Bitfinex-related companies agreed to pay a $1.5 million fine over allegations that its controls were insufficient to prevent US users from participating in illicit retail commodities transactions on the exchange. According to the CFTC, this breached US law and a 2016 deal with Bitfinex over identical charges.

The findings were neither accepted nor rejected by Tether or Bitfinex, which are both owned by the same parent corporation. Tether responded to the CFTC's assertions on its website, claiming that the agency's findings were that Tether's dollar reserves were not always in cash in a bank account labelled in Tether's name, rather than that the tokens were not completely supported.

Commodity Futures Trading Commission (CFTC) Commissioner Dawn Stump, a Republican, affirmed the agency's findings that the "assurance provided to tether clients was not 100 percent correct, 100 percent of the time" and that "wrongdoing occurred," according to a statement released alongside the CFTC orders.

Stump, on the other hand, expressed concern that the resolution, which marks the first time the CFTC has applied the term of "commodity" to a stablecoin, will cause confusion among cryptocurrency companies and investors.