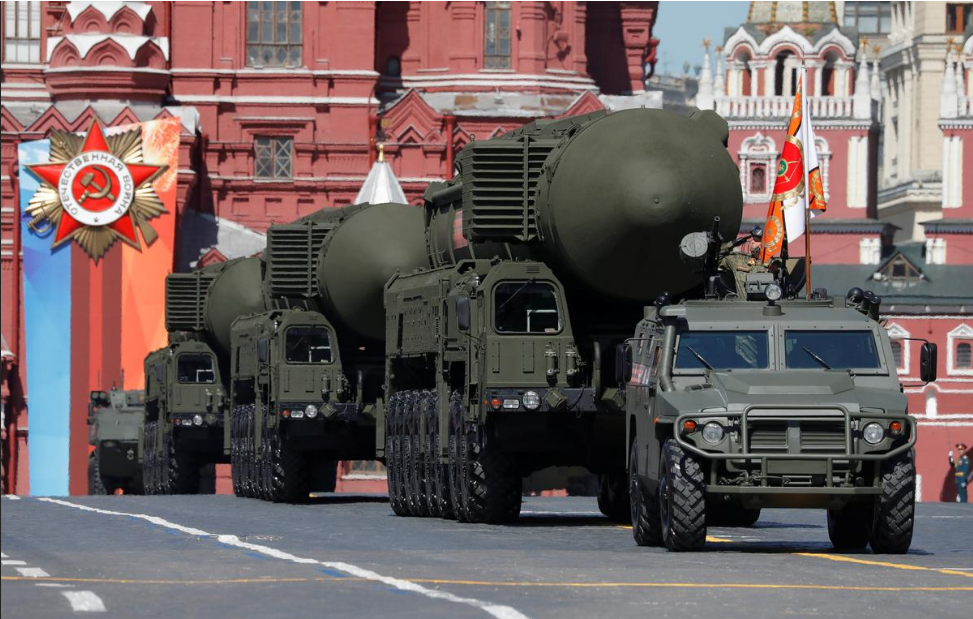 The order was predicated on tough remarks from NATO leaders and economic sanctions, according to Russian President Vladimir Putin.

Russian President Vladimir Putin threatened to use nuclear weapons on Sunday, putting the country's nuclear deterrence forces on high alert in response to the United States and its allies imposing further sanctions on the country over its ongoing invasion of Ukraine.

Putin cited the North Atlantic Trade Organization's (NATO) "aggressive rhetoric" after the body released a letter criticising Russia's "full-scale" invasion of Ukraine. The UN has confirmed 64 deaths among the hundreds of civilian casualties, however the figure could be "considerably higher," according to the Associated Press.

The Russian president also criticized economic sanctions for the significant upping of the stakes surrounding the conflict. The European Union's leaders agreed on Saturday to exclude certain Russian banks from using the Society for Worldwide Interbank Financial Telecommunication (SWIFT), a messaging and settlement network that connects lenders all over the world.

Perhaps more importantly, the EU has promised to cripple Russia's central bank by denying it access to its foreign reserves. Russia presently has $640 billion in reserves, a large amount of which is kept in G-7 institutions.

The European Commission, the United States, the United Kingdom, and Canada released an united statement on the SWIFT decision, saying that the leaders of the Western world "stand with the Ukrainian government and the Ukrainian people in their brave efforts to oppose Russia's invasion."

In addition to putting his nuclear weapons on high alert, Putin threatened military action against Sweden and Finland, both of which have expressed interest in joining NATO's 30-nation alliance in response to Russia's aggressive invasion of Ukraine.

Meanwhile, after originally refusing negotiations in Belarus due to fears that the country was not impartial in the conflict, Ukraine President Volodymyr Zelenskyy has agreed to meet for peace talks at the Belarus-Ukraine border without preconditions.

On Sunday, European Union leaders will meet to begin work on enforcing SWIFT penalties against Russian banks. People have gathered all across the world to resist the invasion.