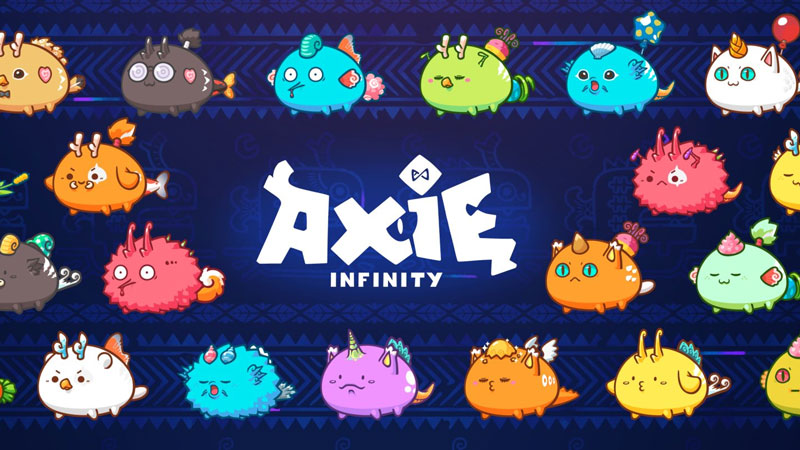 Axie Infinity is an Ethereum-based non-fungible token (NFT) blockchain game. In the game, players fight each other with NFT "Axies." On their NFT marketplace, these "Axies" can be traded.

Smooth Love Potion tokens are earned during the game and can be traded for real money on a cryptocurrency exchange.

CryptoSlam on-chain data shows that, Axie Infinity has sold over $4 billion in NFTs since its launch. It also shows that since its inception, there have been 14.45 million transactions and 1.62 million buyers.

Around three billion individuals play video games around the world, according to the World Economic Forum. This new sort of gaming, which is based on blockchain technology, is still in its infancy, but it is ushering in a new digital economy into the game world.

Particularly in emerging market countries like the Philippines and Venezuela, where individuals play games like Axie Infinity to earn the money they need due to their economic, social, and political circumstances.

The blockchain NFT games add value to digital objects, and they play a significant role in the future, particularly in the metaverse, which appears to be the direction we are heading.

With a market capitalization of $2.98 billion, AXS is the 41st most valuable cryptocurrency. It is currently trading at $49.05, down 9.35 percent in the previous 24 hours.

Then it dropped to $56 before starting to rise again. It gained support at $46 on February 22 and began rising upward.

Despite the fact that the NFT market has been cooling this month, NFTs worth $1.7 million were stolen in OpenSea over the weekend. Last week, the most valuable CryptoPunk was also sold for $23.7 million.